Scottsdale Fashion Square mall was undergoing many architectural improvements to maintain competition for high-end brands. They had a consultant for the project that called out their emails as not maintaining the quality of a luxury mall. I had just been hired on and was given the task to examine the emails and design an updated elegant solution that would work with their email client.

They wanted to use this design as a test before rolling out a similar concept to all the other properties.

I pulled a group of current examples, as a reminder of the types of content the mall pushes out on a consistent basis. I also grabbed inspiration from luxury brands for reference. We quickly realized the brand that was developed for the mall was only provided in physical space and print examples. The agency had not thought out the digital approach. The client was looking for the emails to now help inform the digital creative branding.

The existing emails had not been responsive or flexible. My first two recommendations were to look at a modular format to allow some subtle changes between emails and to go responsive in their emails as nearly 70% of traffic was mobile. The client was ecstatic about the new system they ended up rolling this out on a broader basis to the full portfolio and adapted other templates to follow the same modular approach. 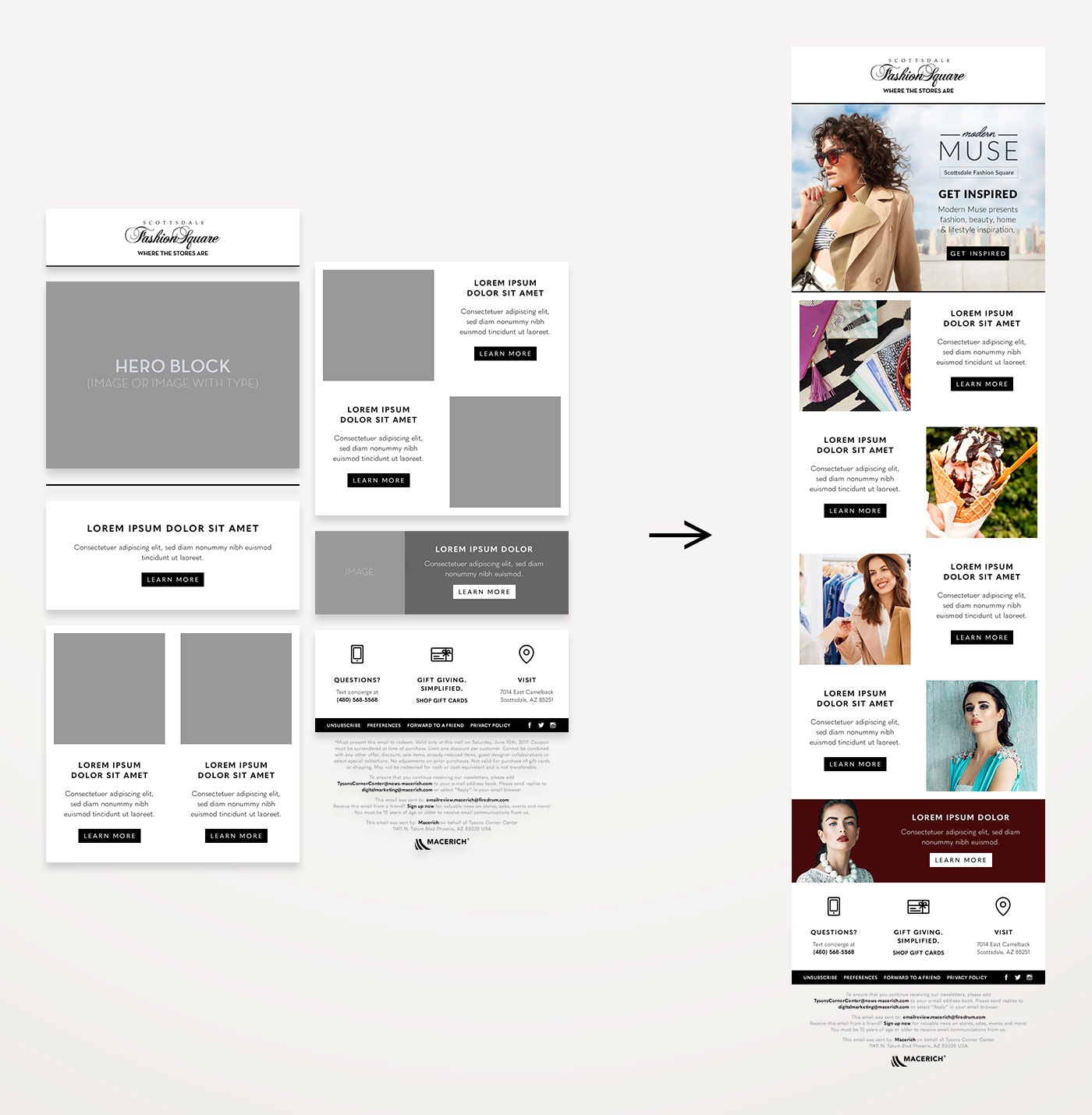 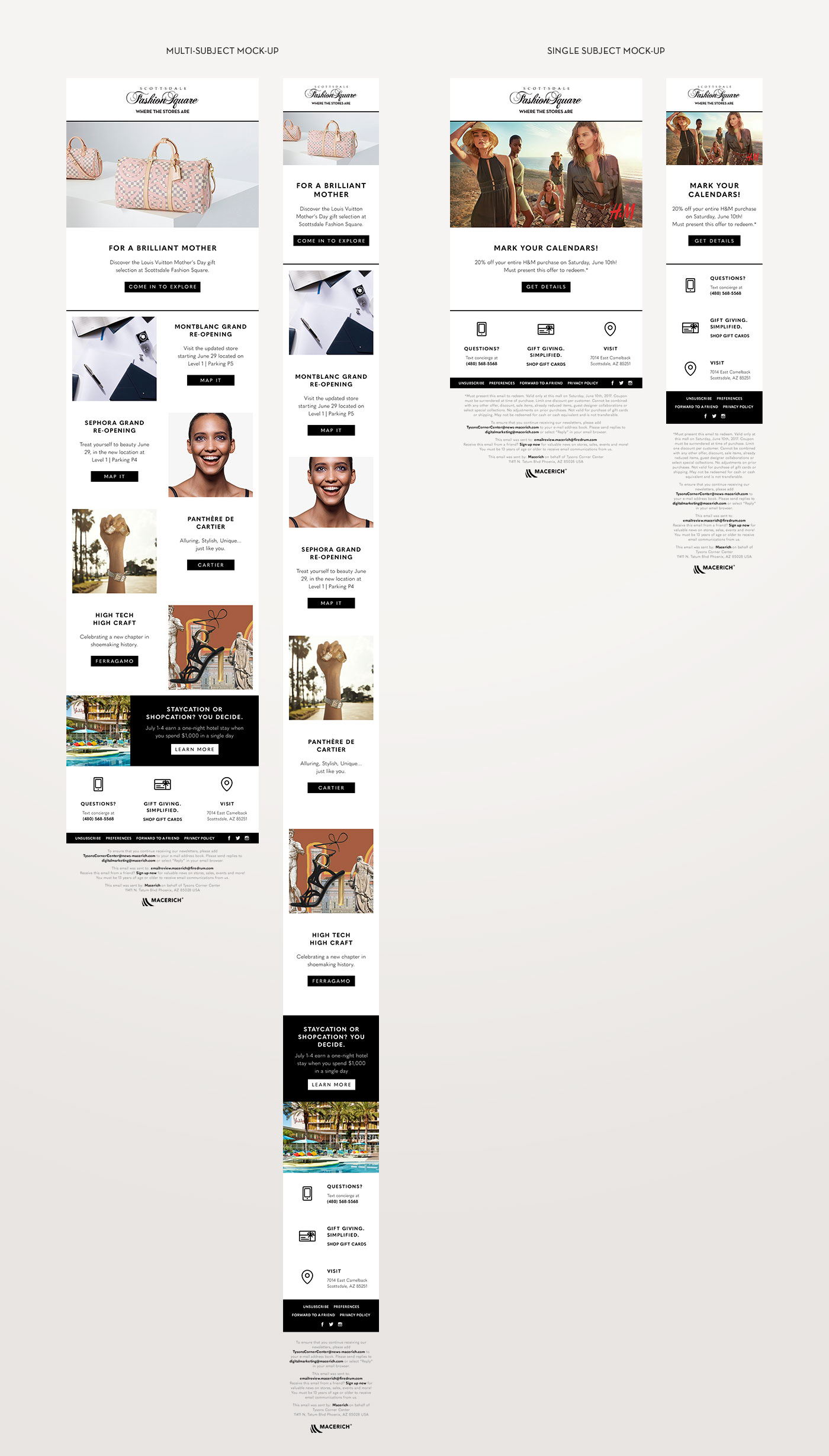 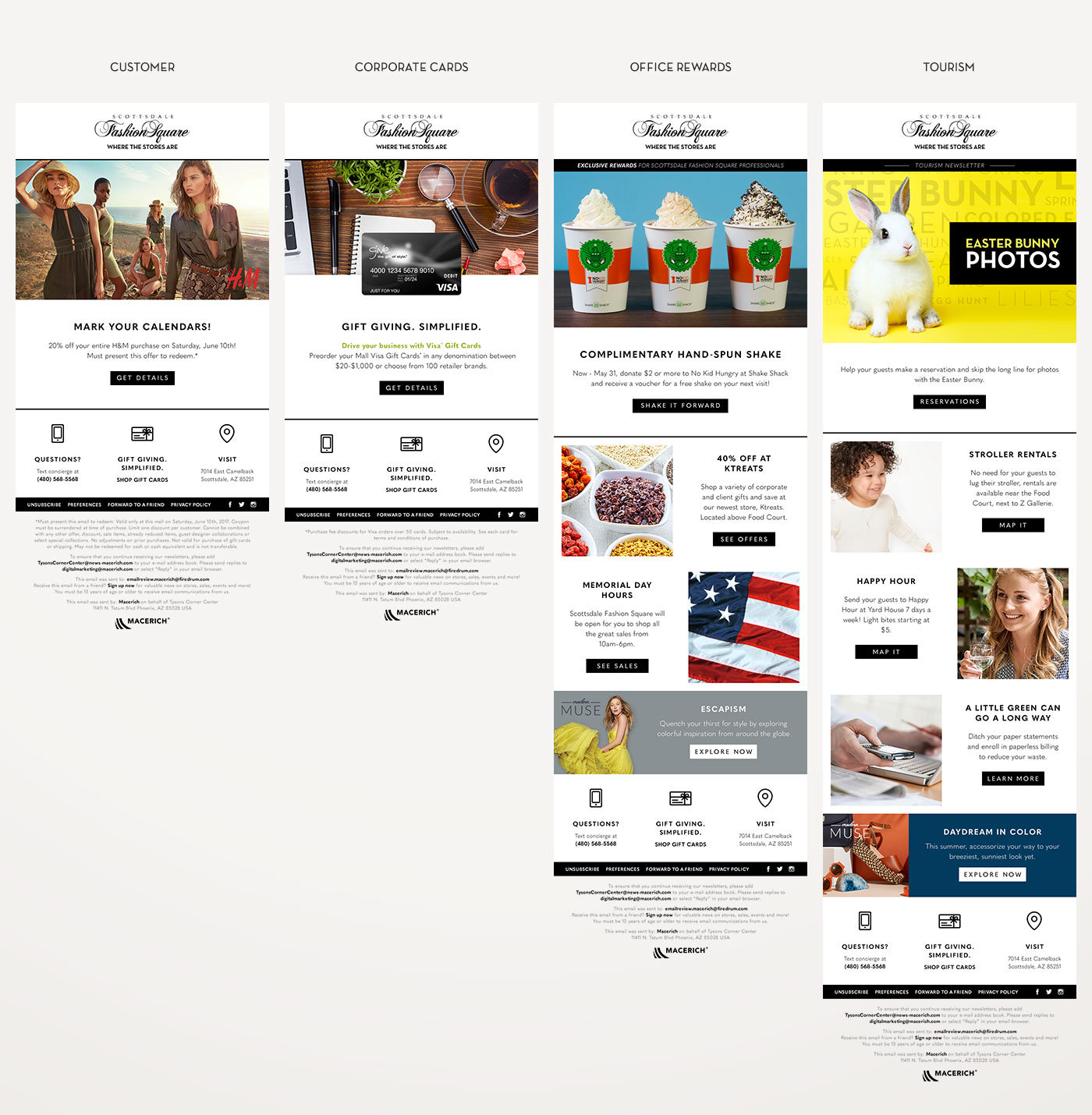