The online shopping framework that PetSmart had been using was going to be discontinued (and for good reason), as part of the upgrade to a new platform the company invested in redesigning and re-branding the entire website to be a much cleaner, unified site. The existing site was a mix of 3 generations of brand evolution, 2 different servers and much photography that didn’t fit the direction of the new brand. Part of this project was deciding a photography, typography and clean color pallet direction that would then influence the rest of the brand tactics.

I was put on as the primary Art Director from PetSmart and joined the Creative Director and many of the senior leadership team members for reviews, feedback and UI/UX decisions. We had an agency, HUGE, help put together many of the concepts with our direction. I helped influence refinement of the color pallet, ultimate photography choices, typographical weights and sizes among many other minor layout and graphical choices throughout the entire site.

In what became a year-long process to recreate, code and test the entire site, the end result was a modern and clean looking site with eye catching visuals that disrupted defined spaces on the page. We worked hand in hand with the agency to build page templates and then I led the internal design team to version out templates for all the various sub categories, services, etc. 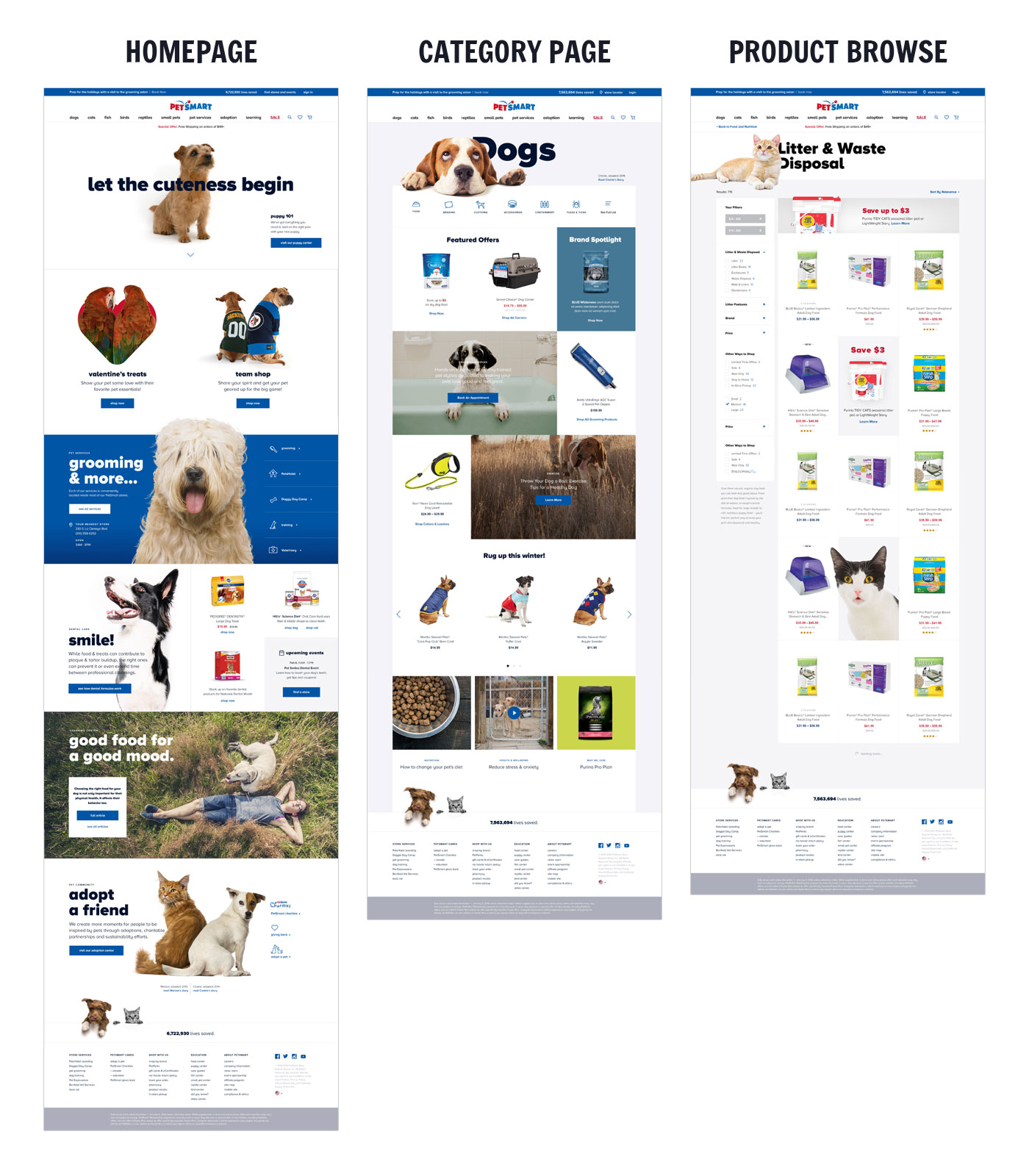 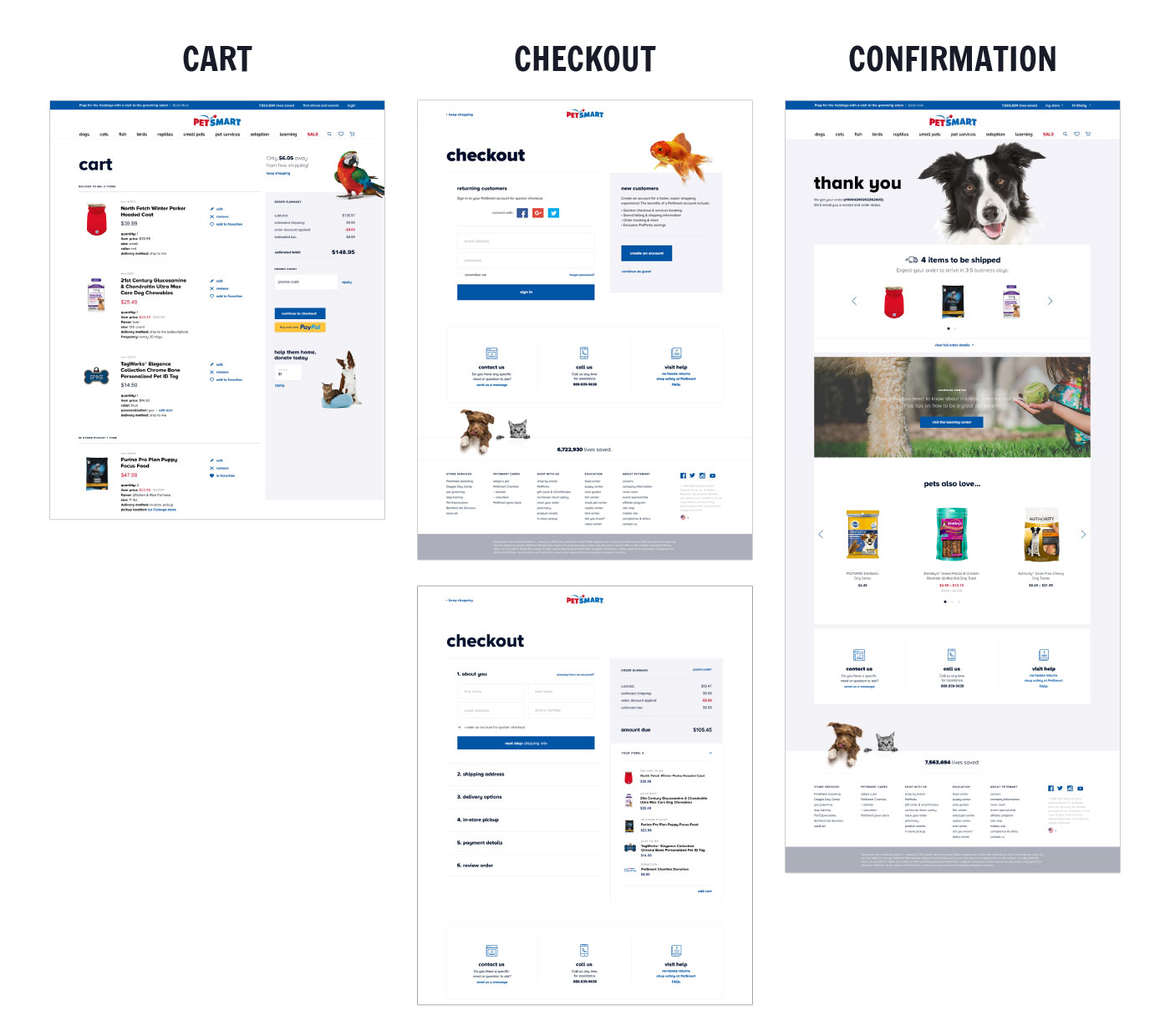 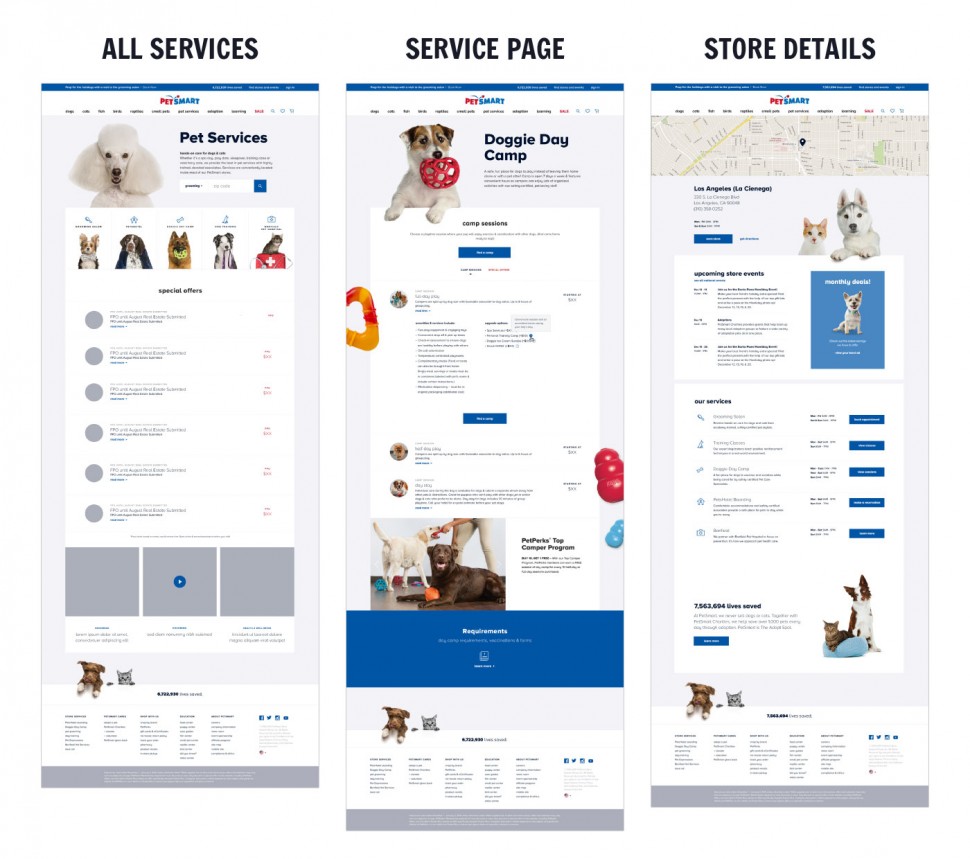 While many of the pages above were largely collaborative process, the below I directly had more influence on as they were out of scope for our agency to tackle. The featured shops were adopted off vendor brand shop templates we created at a higher level, I helped define what these rules were (and developed documentation to send) so that vendors followed our site standards while still allowing flexibility for vendor branding, also how these shops can adopt to PetSmart own mini-shops such as holiday, as shown below. 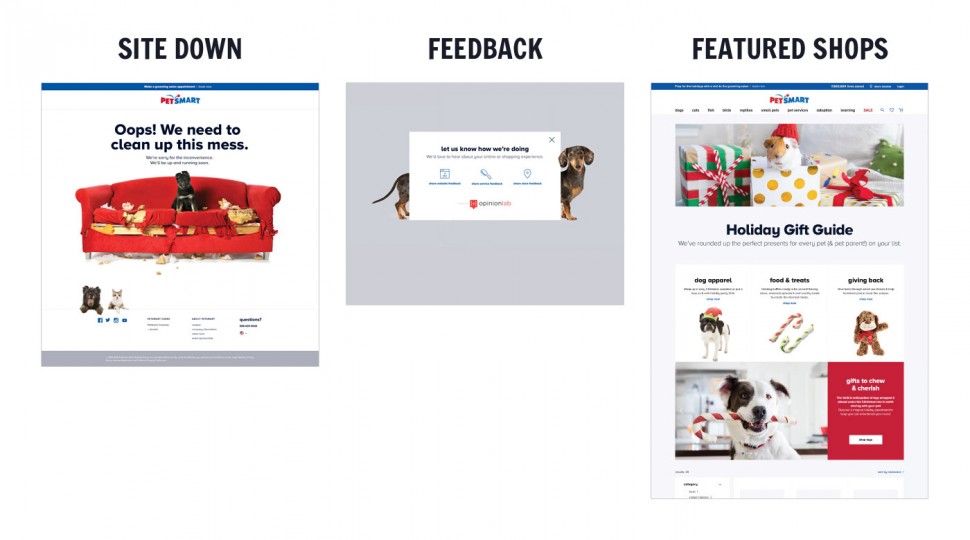